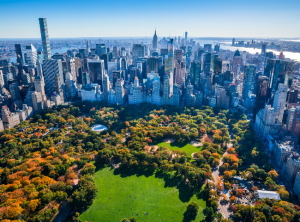 This is a project to make our city clean and green. We want it to be cozy and comfortable for people to live... read more > 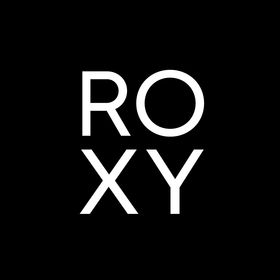 When Quiksilver decided to start a women's line in 1990, it was a gutsy move. The surf market has always been a fickle one. And female surfers, despite their achievements in and out of the water, hadn't drummed up nearly the notoriety nor the community that guys had long enjoyed.

But great ideas always take some guts. And the company saw the untapped women's surf market as a huge opportunity. Turns out they were right.

Like all things Quiksilver, Roxy was born in the water; initially a swimwear line, it debuted in late summer 1990 to immediate success. By the next year, a Roxy sportswear line was introduced, and that too prospered, with sales of over $1 million. 1992 saw continued expansion of the brand with a new denim line and key snowwear pieces. The fact that Roxy was a women's line offered by an authentic surf brand made it intriguing for both retailers and girls alike. It was the first of its kind on the market, and soon after, the other surf brands followed.

By 1993, Roxy was on a serious roll. The ever-popular Roxy logo was born, a heart-shaped crest adapted from the recognizable Quiksilver logo. The brand's popularity was growing, as was its staff. And then one afternoon in Hawaii, as legend has it, the Roxy crew was sitting on a beach watching the surf when they came up with the idea of the women's board short. Offering fit and flexibility while still managing to be feminine, the women's boardshort was an innovation that forever changed the women's surf market. It was also the perfect example of what the Roxy brand had originally set out to be, in the words of Quiksilver's 1990 Annual Report: "Fun, Bold, Athletic, Daring and Classy". The boardshort became a huge trend. Roxy, and women's surfing along with it, was suddenly the next big thing.

1994 marks another major milestone for Roxy: Lisa Andersen, then the reigning ASP Female World Champion, became the first member of the Roxy team. Lisa went on to win three more world titles, and along with them, crossover mass-market fame. She is considered by many to be the most influential surfer in the history of women's surfing, and her contributions to the Roxy brand and the team continue to play a key role in Roxy's success. Under her guidance, the Boardrider's Team has grown into the most respected and accomplished pro team in women's surfing. Current team members include: Megan Abubo, Chelsea Georgeson, Veronica Kay, Kassia Meador, Kula Barbieto, 'tween surfing phenom Carissa Moore, and reigning world champ Sofia Mulanovich.

A Roxy-branded professional event was a natural progression from team sponsorship, and thus the first annual Quiksilver/Roxy Women's Pro Surfing event was born. It took place in winter 1995 on Sunset Beach, Oahu's North Shore. Ten years later, the Roxy Pro Hawaii remains one of the most prestigious and exciting ASP World Championship surf events of the year.

The success of this event led to other Roxy competitions, including: the Roxy Pro Fiji, the Roxy Pro Gold Coast (Australia), and the Roxy Jam UK, all ASP World Championship Tour events; the Roxy Pro Women's Surf Festival (Australia), one of the biggest World Qualifying Series events on the tour; and a series of amateur surf contests for young surfers the world over. With such substantial event sponsorship and an ever-expanding team, Roxy is proud to be the largest corporate sponsor of women's surfing worldwide.

As Roxy's popularity has grown so has its product line and its audience. Accessories and eyewear joined the mix in 1995; footwear, watches, and Roxy Girl, a line for girls aged 7-16, emerged the following year. Roxy enjoyed its New York Fashion week debut at The Girl's Rule Show in 1996, the same year the brand was nominated for The "California Rising Star Award" for design innovation and excellence. A snow line including outerwear and accessories was added in 1997, along with Teenie Wahine, Roxy's children's line. 1999 was big, with jewelry, bags, backpacks, travel accessories, skate gear, and Roxy Room, a line of bedding, lamps, and posters. By the end of the '90's, Roxy had become the brand for girls everywhere, enjoying mass-market appeal without losing its core audience.

The new millennium has brought an exciting and eclectic evolution of Roxy, with a full line of snowboards introduced in 2003, produced in partnership with industry innovator Mervin Manufacturing; Luna Bay, a Roxy Girl Series, seven young adult fiction novels also released in 2003; a new toddlers' line in stores Spring of 2005; a soon-to-be-debuted fragrance line; and the imminent arrival of Roxy Ski, a line of skis and boots produced in partnership with Rossignol's Dynastar brand.

As Roxy's snow product line has expanded, so have its sponsorship efforts. The Roxy Chicken Jams, a series of all-girls pro snowboarding events, debuted in 2004 in Innsbruck, Austria and Park City, Utah. Roxy's pro snow team is bigger and bigger too, with recent world-class additions Torah Bright, Alexis Waite and Amber Stackhouse.

Roxy has long been in the media spotlight. After garnering editorial merit from major publications like Lucky, Teen Vogue and In Style in addition to most of the U.S. and international surf and snow publications, it was only a matter of time before Roxy hit prime time. "Surf Girls", a collaboration of Roxy and MTV Networks, debuted on MTV in 2003 featuring Roxy's team manager Danielle Beck as host and Roxy team rider Heidi Drazich as a cast member. The series was a hit, and helped to further popularize women's surfing and Roxy's part in the sport. The series also gave Roxy two new team riders: Kula Barbieto and Aimee Vogelgesang.

Strong retail presence is key to a strong brand, and Roxy retail stores were the perfect opportunity to showcase the Roxy lifestyle. The first freestanding Roxy store was opened in Hawaii in 1997, and another store followed in 2000 in Southern California's South Coast Plaza. The Roxy retail chain now features stores all over the world, offering a taste of the Roxy surf lifestyle to girls everywhere.

Roxy is now a global lifestyle brand, offering products for every aspect of the active girl's life. From handbag to Henley, wetsuit to tide watch, the key ingredient of our products is that inimitable Roxy spirit. "Daring, confident, naturally beautiful, fun, alive: Roxy".
Donation:

Start your own project!

You need to give your email address to register, please fill it in below.

For the donation to be generated please make sure:

- Any Adblocking software is switched off.
- Your browser and device are accepting third-party cookies.
- You haven’t clicked to the webshop from another website (especially discount code websites or comparison websites).
- You accept the cookies when arriving at the webshop.
- You don’t use a VPN or a proxy server.
- Any browser extension linking to shopping rewards/coupon sites are switched off.
- Don’t use the mobile app of the webshop, please use the mobile browser only (Bol.com app and Aliexpress app are exceptions, you can use these).
Click here for specific instructions and more info
Go to webshop
I accept

Please disable Adblocker or any program that blocks cookies. This is just for our system to function successfully - we don’t register or share any of your details.

near the search bar.
2. Choose "Don't run on pages on this domain".
3. Click the "Exclude" button.

near the search bar.
2. Switch off the two buttons under "Block Advertisements on"
3. Reload the page.

near the search bar.
2. Click the big blue button
3. Reload the page.